China is where it all started. The virus jumped from animal to human, if one follows the most logical scientific explanation, on a bush-meat market in Wuhan, central China. The characteristics of this virus together with the Chinese Communist Party’s (CCP) corrupt regional government structure, without any transparency and checks and independent review, caused an accelerated spread. Instead of reacting to obvious signs that a new virus has broken out and attempting to stop the global spread, the CCP arrested people who started warning about it early. The silencing and subsequent death of Dr. Li Wenliang became a prominent and public case of this strategy of trying to hide this outbreak under the rug. Astonishingly, this dysfunctional political system has created an incentive structure where shooting the messengers, instead of reacting to the lethal message, is the outcome. To call this irresponsible is an understatement. The CCP has been lying about its GDP numbers and all kinds of other less critical things in the past, but the prolonged deception of its own population and later the world’s population about the virus is a level of irresponsibility that is mindboggling. Equally harsh and merciless were the measures that the CCP employed once it could not hide the fact that it had just started the next global pandemic. Video footage from Wuhan shows a 11 million city completely deserted, and loud speakers proclaiming in the streets to not leave the buildings. The expulsion of Western journalists and suspiciously positive numbers from the affected area make one grow ever more skeptical of what is the truth. 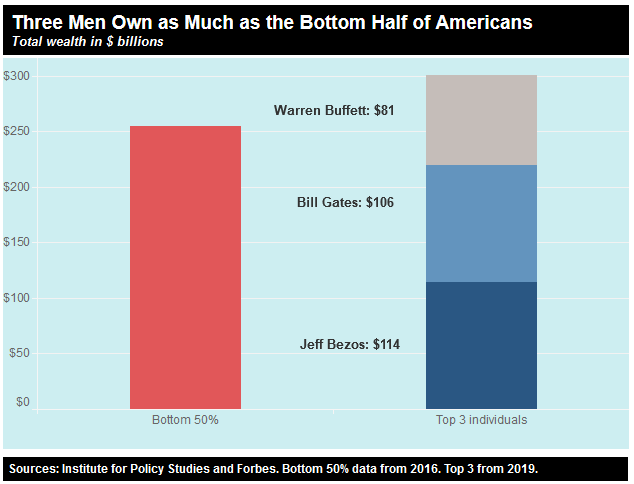 The United States is the most prosperous and powerful country in the world by most conventional measures (e.g. military power, technological advancement, GDP, ability to influence other states etc.). It has the resources and know-how to contain and control the spread of the virus and to lead the global vaccine efforts. A recent anecdote by a Vice news producer, Julia Lindau, who on returning to the USA from virus-stricken Lombardy was let through customs without as much as a question or a check, shows reality. The US president is following a strategy of ‘ignorance is bliss’. If nobody is being tested and nobody reports on this, the pandemic won’t exist. As the fatality rate appears to hover between 2% and 3%, the US leadership assumes that the best way to fight the pandemic is to pretend it doesn’t exist and it will solve itself. Trump famously said that this will be over as soon as the weather is warmer because, you know, science.

The latest reports from WHO sources show that the infection in the USA has been ongoing for weeks and the number of actually infected people might be in thousands already. Besides an incompetent leadership, another major factor likely contributes to the rapid spread in the US. It is not media censorship and missing power plurality as in China, although these factors are not completely irrelevant; it is rather its political economy. Neo-liberal, anti-market-intervention policies starting about a half-century ago have made the US the most powerful, but also one of the most unequal societies in the world. Three of its richest people own more wealth than its bottom 160+ million. Millions of families cannot miss a single paycheck without losing their home or insurance, which means they will go to work no matter what. A monopolistic and predatory health care system that gives the best care in the world if you are rich and leaves you uninsured if you are poor and jobless will also drive millions of people to go to work sick and thus put all their colleagues in danger.

Global leadership on this crisis isn’t likely to come from neither China nor the USA and we shouldn’t bet our future on it. The European union, currently seeing its wave of infections sweeping its continent, must take up the challenge. We do not suffer from censorship and failed checks and balances; equally, we have not turned our societies into oligarchies with an extremely vulnerable and exposed working class – and so it is up to us to lead from a position that should give us an advantage at overcoming it at home. Pre-emptive, coordinated, science-driven action must be the European response.

Our European Response to the Covid-19 global Crisis

Our common enemy is too strong to be defeated alone. Covid-19 is a highly infectious virus that triggers symptoms in ca. 10% of infected people that are so serious that they require hospitalisation. Currently, no country on Earth has enough medical supplies, staff or locations to deal with such a high rate of hospitalisation. Hundreds of millions of lives are at risk. The severity and death toll of this global crisis will be a direct result of our ability to keep the number of people in need of medical support at the levels of existing medical resources. These “flattening of the curve”-measures will be intrusive and force all of us to sacrifice and change behaviour. All 27 Member States plus the United Kingdom must fight this crisis as one. Once the situation in the European Union has stabilised all resources and efforts must be turned to the rest of the world.

The United Kingdom is going its own way and leaving the European Union. On thefirst sight, this is not surprising for the world’s formerly largest empire and formerly strongest super power. However, the times since the British global empire have changed dramatically and besides a worldwide web of financial centers, the United Kingdom will be barely able to assert its influence on other countries and country blocks such as the EU-27.

Most important people in the EU? I’m disappointed.

Though I am a fairly young and newly elected member of the European Parliament, I didn’t arrive with naive ideas about the legislative work, negotiations and politics. I was prepared to compromise, re-think and prioritize - as long as it was in line with my values. Yet it has still been hard to watch one of the first political steps involving the Parliament: the Council wiping its… with the Spitzenkandidat system and consequently with the Parliament. Whoever Ursula von der Leyen is and how well she will do - none of that mattered during the narrow vote for me. Not in the light of the fact that she found out she is going to be the single most important political person in the EU a week before the election; without ever aspiring to it. It perplexes me even now how few people (in power) were perplexed.